That's what it said on the outside of the package in huge letters.

I've spent the last 2-3 months on this thing and I'm pretty freakin' excited about it. Had to do something awesome since Russ loved his gift from last year. Why do I set myself up like this? Next year he's getting wool socks. Ugly, itchy wool socks. With holes in the toes.

Got the idea from Pinterest (duh) which led me here. 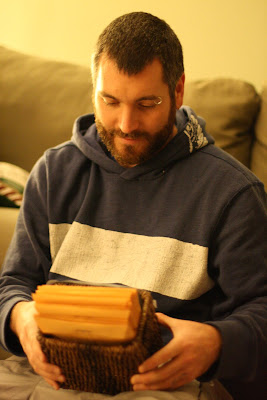 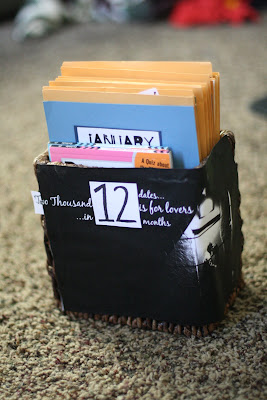 I guarantee we did not see 12 dates in the last year. Not okay but understandable. Whatevs. 2012 is steppin' it up. Boom. To ya motha, yo. 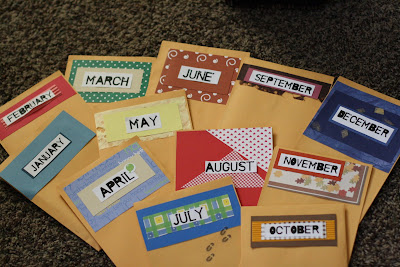 Russ only opened January and February so I can't divulge the secrets within each envelope yet but I'm hoping to blog after each date to 1. document this biz, 2. be a resource if you ever want to also steal this idea and use it. 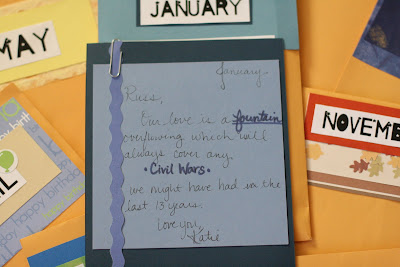 I took a page outta The Bachelor book of operation and made each note hint at what we're doing. And because my husband pretends to not care about reality tv, he immediately said, "I feel like I just scored 12 one-on-one's. Which date involves a helicopter?"

Don't read this link if you're in front of other people.

This is a great blog, a great series and an impactful letter to Santa...
Posted by Katie at 9:05 AM No comments: 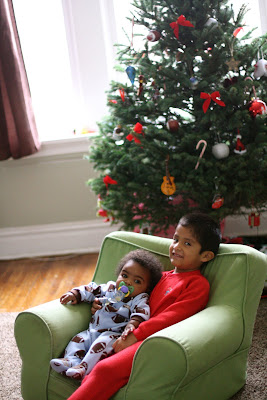 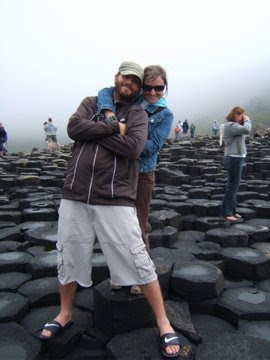 Back when we were these kids (trip to Giants Causeway in Northern Ireland) we didn't have kids.

We wanted them. Desperately.

A few times of year were harder than others. Mother's day, obviously. But Christmas was the worst. At least for me. Not needing another stocking would weigh heavily on me. It seemed non-stop-in-my-face that we didn't have kids.

All that to say, if you have people in your life that you know are "waiting families", whether adoptive or trying for biological, please be sensitive to them in this season. That doesn't mean ignore them but rather, offer a quick email or text saying that you're thinking of them and that if they need anything you're available. You can't fix it but you can at least acknowledge it with them. Don't offer them the "God's timing" advice cuz I'm 99% sure they already know that.
Posted by Katie at 6:18 AM 4 comments:

I'm going to be eating a lot more Frosty's.

Our story will always read Love 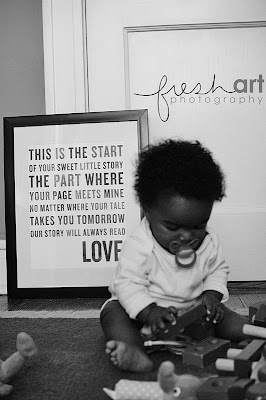 Had several emails asking about the print behind Dez. I first saw it on Pinterest (duh) before we had custody of the little man. Plans were still up in the air on whether or we were going to get him and I just fell in love with it. I think every foster family and/or adoptive family needs this. Just sayin'.

It was purchased from Sycamore Street Press (click to head straight there.)

Don't forget to leave some comment love for Jodie! Here or over there!
Posted by Katie at 7:20 AM 2 comments: 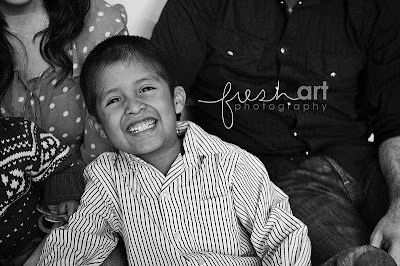 For more of our latest photo shoot, head to Fresh Art Photography!

Some days I can't handle the cuteness. 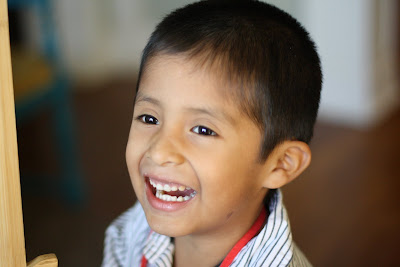 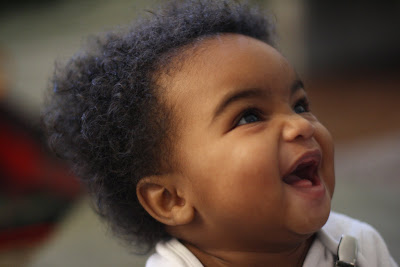 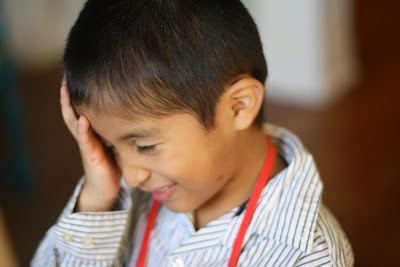 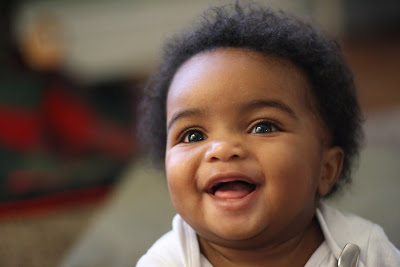 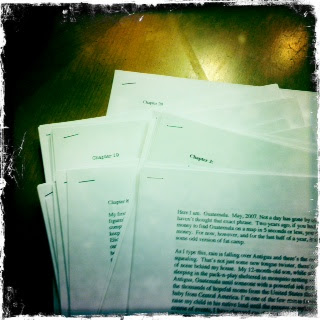 That's chapters 1-28. Printed out. Since I haven't looked at them in 2 years, I thought it might be a good idea to reread them before I try to complete this thang. 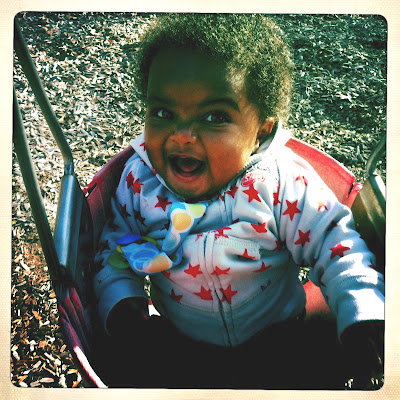 My blog has been neglected. During one of the biggest years of my world. Why?

It's become my go-to. It scratches the itch of communicating my happenings. And while I always mean to come back here and give more detail, thoughts, dreams, wishes...it just hasn't happened.

Future Me is going to come back here looking for memories and will find nothing. It's all very sad.

Apparently it's the "Mohr kid" thing to do at 7 months old.

Dez had 7 solid (or not-so-solid as it were) days of the biz nasty, friends, but I'm happy to say, we're in the clear. 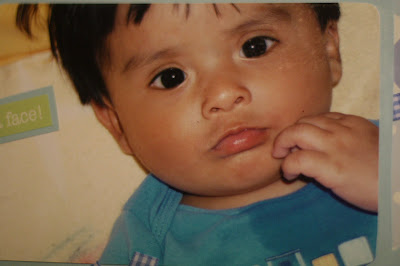 was Eliot at 7 months with rota virus.

The response could not have been more different than my experience in Guatemala. When we figured out that Eliot and one other baby in the house had it, the B&B immediately moved all other families out of the house and into their other location. We were on serious lock down. I had only been an active mom to this kid for about 3 weeks, in a foreign country, by myself and now everyone was acting like he might die of a virus I'd never heard of. I was instructed by a nurse that he was to keep drinking every few hours so I was setting my alarm and making him wake up to drink. Only, he was too tired to drink so I would cry and cry, feeling like 2 ozs of Pedialite was the only thing between him and death and it was my responsibility to make that happen. She advised that with every rota diaper I needed to bathe him in very warm water, which is tricky when there's only hot water certain hours of the day. She advised me to be extremely careful with his diapers, making sure the entire changing area was sanitized every time, which was tricky with no electricity through out the night. I have never felt so overwhelmed in my life before or since.

So, as soon as I saw and smelled Dez's first Rota diaper, I knew what it was. I called the pediatrician and the nurse advised to just keep an eye on him for dehydration and make sure lots of hand washing was happening. She, of course, advised me that if things got worse, to bring him in but that was kinda it.

All that to say: I'm happy we're in the states this time around.