Things that don't happen in STL... 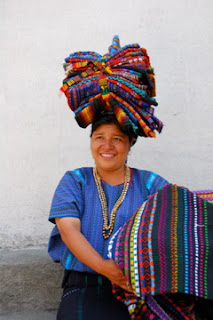 In the last four months I've had several experiences that make me shake my head and say, "wow. guatemala." The majority of these experiences make me laugh and appreciate the fact that I'm here. Most of these wouldn't have occured in St. Louis! To start, I've been in 6 earthquakes already. The smallest being a 4.2 on the scale and the biggest was a 6.2. I'm not as scared of them as I thought I would be. It is a little scary though to be in such an old city full of ancient ruins while everything is shaking...

While Beth, Keri and Heather were here we got to see a volcano erupt. We were in a restaurant and got a phone call saying that Mt. Fuego was erupting. The girls didn't know which volcano that was in a city set in a valley of volcanos so Beth got quite a panicked look and asked what we needed to do. She was unaware that Fuego is over 80 miles away. Kinda funny to me. It was really amazing to see it happen though!

I have now seen two dogs who regularly wear sunglasses here. The first was riding in a backpack and on a motorcycle w/ his owner. hmmm. The second was just walking through the park like any normal day...

A "car wash" down here includes one guy out on the street w/ a rag flagging cars into a side street while a team of 3-4 guys have their buckets ready.

It is not uncommon to see a family of 4-5 people riding a mo-ped. together. all at one time.

Once I saw two grown women riding a moped. The one in the back also had a baby in a sling and was holding onto a full-size stroller propped up between the women. on a mo-ped.

It is also quite normal for men and women to carry things on their heads. While we're used to seeing that in pictures from National Geographic, I had never seen men carrying large furniture on thier backs using a strap on their foreheads.

They do not have or sell or see the need for decaf coffee. It's a weird concept for them to understand. It's also tradition for babies and children to have coffee w/ every meal. When Eliot first started on solids the cook in the bed and breakfast kept trying to give me bread soaked in coffee for him to eat. She finds it weird that he's never had coffee at the age of 10 months.

The most odd of all my experiences occured one Sunday after church. I was walking down the street to go home and heard a car w/ a loud speaker. This is somewhat typcial of Antigua, especially for cell phone companies or beer companies who are advertising. So I looked down the street to see which this was only to see a large elephant with a Guatemalan woman in evening wear riding him, walking down the street. While some may say how odd this is, it gets weirder. Behind the elephant was a Geo Tracker w/ the loud speak advertising some event in town. Not so weird...wait for it, wait for it. On the hood of the Tracker was a female Guatemalan midgit wearing a gold sequin bikini waving at everyone as though it were just a normal day.

Hopefully this gives you a small window into life in Antigua, Guatemala for the Mohr family!!
Posted by Katie at 10:01 AM

Katie,
I just have to comment on this entry because not only did it crack me up... I can relate. However, Honduras is not nearly as eccentric, like an elephant and a scantily clad midget, but I have seen numerous families (including very little babies) on mopeds and motorcycles, the whole head thing (which now is just a normal sight to me). Babies here actually drink coke like it's milk and very young children drink the coffee. Love the blog!

Love the blog! Jennifer Zurweller's Mom is my cousin, and she sent me the link to read. i live in Saint Louis, and now have a 14 year old girl, and a 12 year old boy from Guatemala. I know it seems like forever, but there truly is a light at the end of the tunnel, and those two kids are my whole life. Good luck to you, and maybe we will see you in Saint Louis! Go Cardinals