Since getting fancy phones (perk w/ Russ' new job) there's been a fresh opportunity for Eliot to hear "no" even more often than before.

Angry birds produces Angry Eliot when told to stop playing. In attempts to not let him become "that kid" we've limited the duration and frequency of his new passion.

However, he and his friend, A (who also loves the game) created their own version. It's now become a Mohr family activity. It started when he and A made towers of pillows and would tell each other which bird they were before crashing into the tower, including sound effects. Here at home we've made some adaptations. Sometimes Eliot is the pig and sometimes he's the bird launcher. 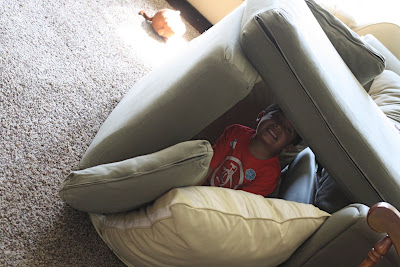 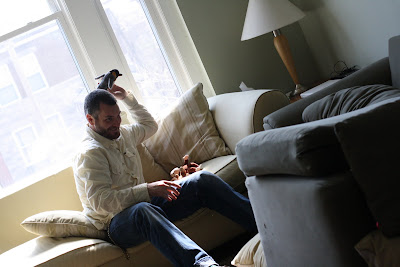 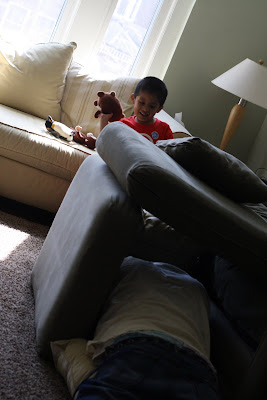 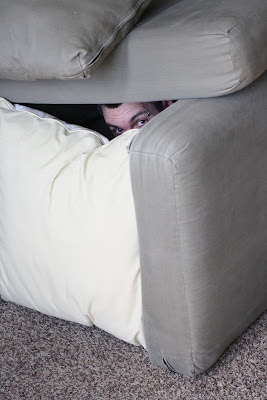 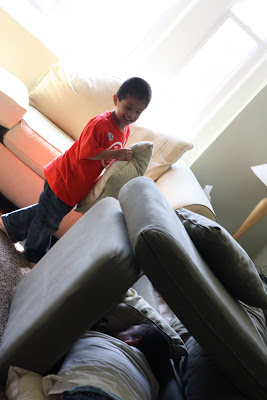 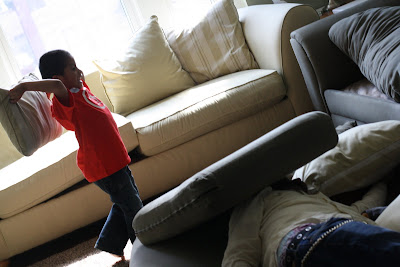 I love it! Fisher has discovered Angry Birds too (b/c of me!!). He loves playing it on the iPod. He also loves making forts, so I'm sure our own version of live Angry Birds is just around the corner!! Too funny!

oh, i love this idea! i have to try it with the boys. thanks!

i, too, have been saying "no" all the time to the question "can i play angry birds?" i keep saying, "i'm sorry, but it's my PHONE. you can't play on it all day long!" bennett claims to be saving up his meager allowance for an iphone.

No way! Can we come over for this craft?