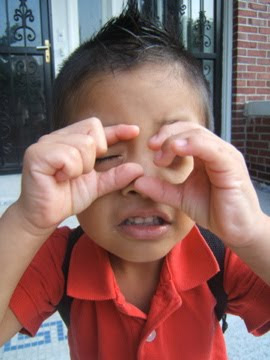 Eliot taking Russ' picture. I'll let him upload those to his blog. 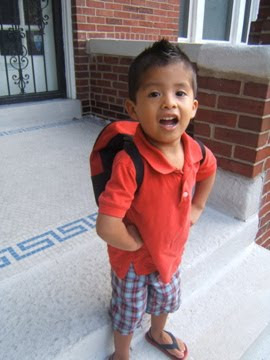 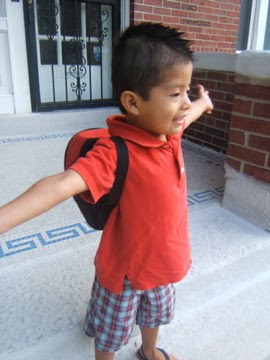 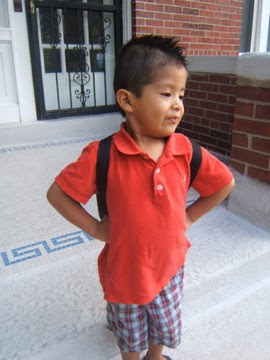 This was supposed to be a shot showing off his backpack. Apparently he was assuming we could see through his sternum. 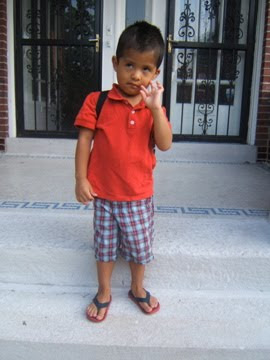 Here at Casa Del Mohr, we decided that our FDOST* would be hitting a neighborhood donut shop before school. I think that decision was well received. 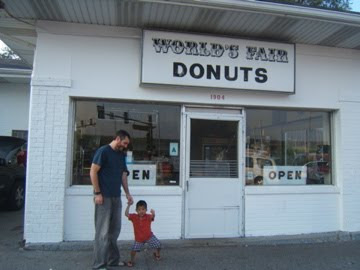 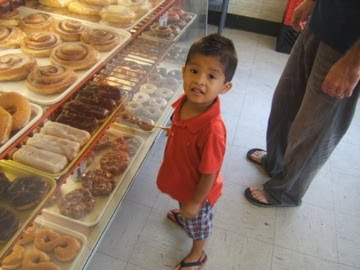 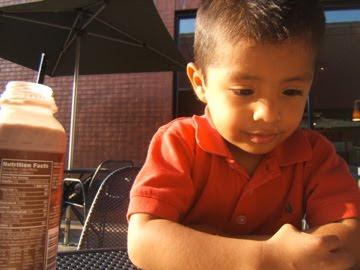 Eliot was contemplating all that we've taught him up to this point. I have just told him that we're pushing him out of the nest.

When we took him inside, he proudly showed me all around the room. I will say that this pre-school was brilliant in letting the small group of new students come play last week for a few days on their own before coming for the first day. He walked in confidently and happily. He even took me from table to table saying, "Mom, look! Another little guy!" and pointed to another student. Then he would wave and say hi and introduce himself and that he was running for pre-school class president.

When Russ picked him up he announced, "Daddy, I so happy!" I think he did okay.

*FDOST stands for First Day Of School Tradition. Keep up!
Posted by Katie at 6:56 AM

Definately a great choice in donut shops! Our FDOST is that Jackson gets to pick any restaurant/meal for dinner!