Wednesday and Thursday we spent at the local children's Hospital. We didn't take pictures and you've already heard a bit of my heart on our time there. We also got the opportunity to spend time with the "Abuelitas" (the grandmas) and the young women in the hospital. It was a stretching time but such a blessing.

Wednesday night the Baylor team (plus Amanda and Dana) sent us on a date sans Flyin' Mayan. (sidenote: what kind of team sends it's leaders out for the night while they get take-out, watch your kid and play a get-to-know you game? I mean...) We went to a new restaurant (You must eat at Hector's next time you happen upon Antigua, Guatemala)and then sat in the park for a bit and chatted. We had a great talk that I might share with you someday but that's not today. Long story short, I love that guy and I love Jesus, (but not in that order.)

Friday morning I woke up super early to make sure one of the girls caught her shuttle to the airport, heading home early for a family wedding. No one showed up. Calling the transportation company worked until my phone ran out of minutes. Minutes were passing, her flight time coming close. We finally asked the desk guy (whom we had to wake up) if we could use his phone. After the third call to the second number, someone finally picked up. Keep in mind this is not even 5:00 in the morning.

And that's when she said it.

"Katie, the airport is closed. That's why there's no shuttle."

I might have woken up the whole hotel when I said, "WHAT?!"

"The volcano erupted and there's ash everywhere. They might open it back up by this afternoon, so keep checking on her flight."

We kept our plans to head into the city for the day but w/ an extra accessory, masks. You thought Baylor girls were cute before...

We were headed to the dump. Every time we've gone it's been really crowded and busy, this time, there were very few trucks. It was weird. Not only had the airport closed but most of the schools, businesses, etc had also closed including most of the garbage people. Here's a comparison from last year to this year: 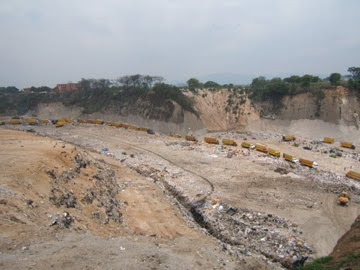 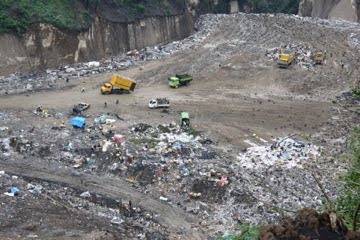 We wore rain coats since it's, well you know, Guatemala during rainy season. When we got out of the vans, it sounded like we were getting pelted by sleet. Black sleet that looked like sand. A couple times I took my hood off so I could hear better and ended up picking volcanic ash out of my hair the rest of the day. More pics on this post if you missed it. 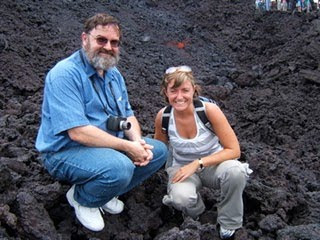 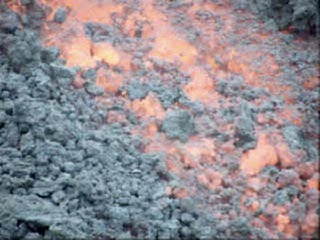 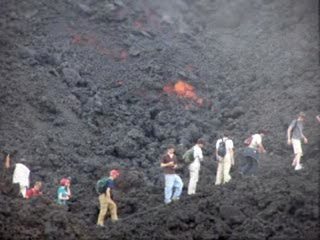 The time with Joel at the dump was amazing, as usual. I wish I could explain his heart for Guatemala, for the people of the dump and the message he shares. It's truly life-changing and I know at one time, one of my girls will return and do an internship with his amazing ministry. Can't wait to see that unfold someday.

We spent the rest of the day running errands. Flights for Sunday were still a go. The girl who was supposed to leave had her flight change two times while we were gone, once flying out of San Salvador. We laughed at how preposterous that sounded. Then I called and had her flight changed to match everyone else's since she was missing the wedding anyway.

Katie, thank you so much for your comment on my blog yesterday! It is so reassuring to know that Eliot has made such strides in weight and height! And also good to know that Ethiopia is not the only country that has been invaded by Sponge Bob. Why Sponge Bob? So weird.
I didn't realize that the volcano that errupted was the same one you had climbed previously. Crazy! I have really enjoyed reading about your most recent trip! Keep them coming! :)