On a mattress with Anderson Cooper.

The first morning I was in New York City, we had tickets to see Regis and Kelly Live. We were in the first row of the studio audience and had a blast. I'll post pics of that a bit later. Before the show started they offered that if anyone wanted to head down to The Intrepid to be apart of the group breaking the world record for people/mattress dominos. We declined, wanting to see the show. After the show ended they let us know they were taping Friday's show next if we wanted to stay. They offered again to take anyone who might still want to head to the Intrepid to leave now. We declined again, wanting to see Anderson Cooper host Friday's taped show. After they taped that segment they offered a third time, saying the producers still had to get down there and they had a couple spots still open in that shuttle. All of my group couldn't go but I was free so hopped into that shuttle. With the producers. Who happen to be very nice people, in case you were wondering.

***Now, pause for a moment and let's embrace a dream redeemed. In college I organized Greenville College Students to attempt to break the world record for longest paperclip chain. In 24 hours we made it to 11 miles long and the record was 11.9 miles. For those of you GC alums who might be curious, here's the current record. So, a little part of me got super excited to break a record having carried my failure with me all these years. (drama added to make this seem more important.) 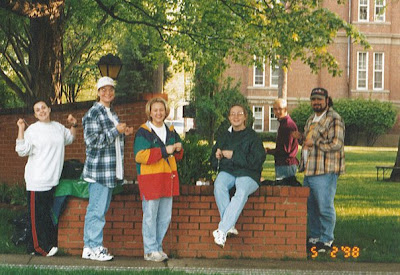 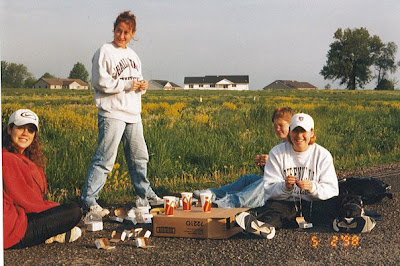 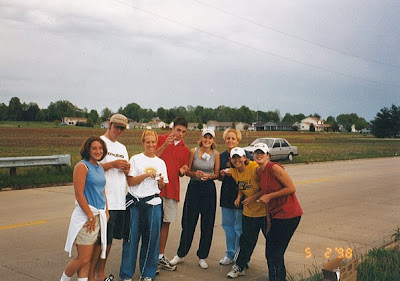 ***Back to your regularly scheduled program:

Arriving at The Intrepid, we all signed waivers, signed the official Guiness list and then went upstairs to find the prearranged mattresses. The whole night before, they measured and taped lines so that when we all stood up, we'd know exactly where to place our mattress. Then it was go time. 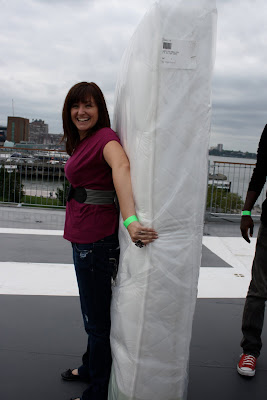 Waiting for the event to start! 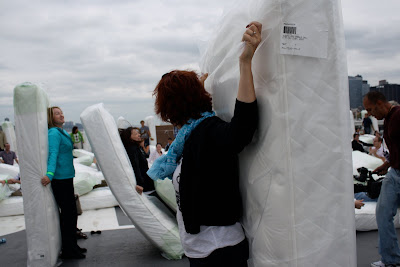 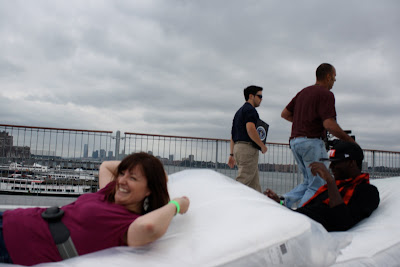 My turn to fall! 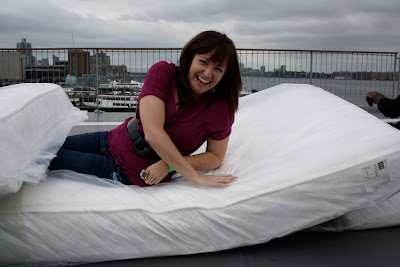 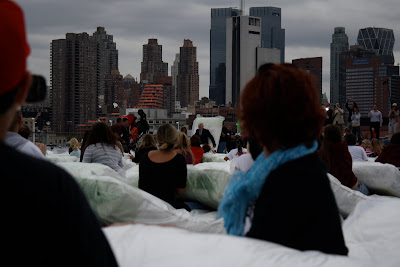 haha! That video made me & my husband laugh! That would have been the coolest thing to be a part of!

Katie - I have never been more proud! wish I could have been there.

As if you didn't know...wish I too could have been a part of your weekend o' fun. But, I do see that you had me close at heart...or whatever because you wore the ring I bought you. Yes, I am the one who would notice what you are wearing.

Love you and can't wait to see and hear more!!!

this is hilarious! you lead the craziest life! (that's a good thing and a compliment!)

I feel as if you've redeemed that paper clip day for everyone involved . . .