A few insights came upon me this morning as I've been moving like a tornado through my two-dogs-and-a-toddler-messy house trying to make it sparkle like a toothpaste commercial. Now wait just a minute, you might be saying, why are you a cleaning monsoon if you've kept to your perfect little schedule? Well, the schedule works great until it's a Thursday morning and cleaning certain parts of the house isn't listed until Friday but you have realtors coming over.

Yes, you're allowed to read that last part again. Realtors. We're selling our house. Just typing the sentence fills me with anxiety both good and bad. Such a declaration makes one sweat and giggle at the same time. (I may be a little awkward to be around right now, what with all the giggling and sweating...) To make a REALLY long story short, one of our dreams that we didn't even know we had is coming true. A year and a half ago the Lord began planting seeds in our hearts for the city of St. Louis. As in, c-i-t-y. Not suburbs. As in, eliot better keep working on those b-ball skills. 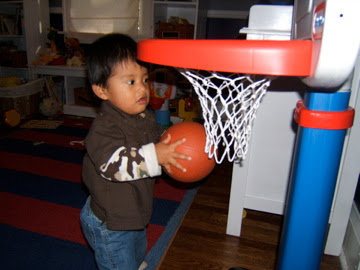 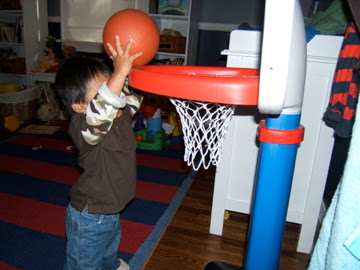 Not only am I picking up a small animal's worth of dog hair, but we've already made our 'list'. If you've ever gotten a house ready to sell, you know the list. Repaint bathroom, sand and paint the window sill that Daisy ruined, fix the handrails in front, etc. When we sold our other house 3 and 1/2 years ago I was amazed at how nice our house was once it was ready to go. After we slapped on some paint here and fixed this, we realized we had a nicer house than we even knew we did and those problems that just nagged at the back of our minds were so simple to fix once we buckled down to do them. It also always surprised me how in just 3 and 1/2 years, the little problems have accumulated in this house. Once you let one thing go then it seems that many of the little issues become apart of a bigger list labeled "someday". Then Life happens and instead of reducing the list when you have some free time, you choose something else.

So, as I'm Windexing (yes, Windexing could be a verb) everything that should be transparent but has lost it's ability thanks to dog-snot, I had a thought. Is this how I am in other areas, not just home-maintenance? Are there habits that I have in being a wife and mother, or even as a friend, that I've let slip in, put on the list for "someday", and forgotten about? What behaviors would I fix if someone were to consider my relationships for their own like they will for this house? Things like "oh, I've been so busy, I haven't had time to return phone calls" come out as quickly as scrambling to explain that the fence looks that way because of the neighbor. When you sell your house you bring it up to a higher standard than in regular life. So, how does that (or does it even?) transfer to relationships? What would it look like to hold myself to a higher standard in those areas (over choosing selfishness or laziness, not talking perfectionism here...) Anyway, just a little check in my life this morning that I thought I'd share.

So which part of the city are you moving to? How very exciting! And maybe a bit scary...but you seem like the kind of girl who is always ready for an adventure. I've always wanted to live in one of those loft apartments downtown. They are beautiful!

And I would like to hear the really long story sometime.

I am so excited for you guys!!! I am hoping that we might have time this weekend for you guys to show me the area that you guys are looking at. Mom gave me a little info after talking to Russ the other night. GOD AMAZES ME with how He works things out so perfectly when we are doing His work...and I believe that your house will be perfect for someone else so all of this will fall into place for you.

You guys never cease to amaze me! You are so good at "following God". I could learn so much from you.
I too would love the long story sometime.

super exciting for you guys! how's the housing market in St. L?? Hope you're able to sell and find a new place quickly!!

Let us know where you are looking in the city. We could be neighbors!! You would love our "hood".