What Happens (When Mom's) in Vegas...

Mom's out of town - which means lots of playing in the dirt outside, playing rough around the house, eating great "dude food" while watching baseball or action-packed Pixar movies, breaking some stuff and even spilling a little blood. Don't worry, nobody's hurt. Except maybe Daisy.

Today we had plans to go hit the St. Louis Science Center and maybe Turtle Park. Joe called because he and Elle wanted to come kick it, so we broke the rules and let a girl join us for our day of fun. The Science Center, it turns out, is really geared towards older kids, but he loved the dinosaurs and rocket ships and the outdoor play area, so it wasn't a total strikeout. The picnic lunch at Turtle Park on a beautiful spring day like today was really the deal-maker. So while mom is hanging out with David Cook in Vegas, we had a little fun of our own. Check it out... 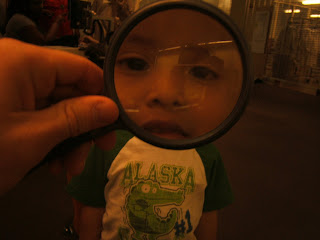 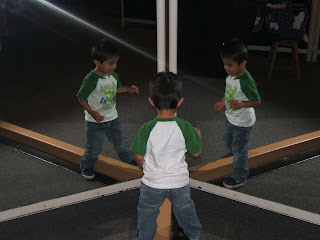 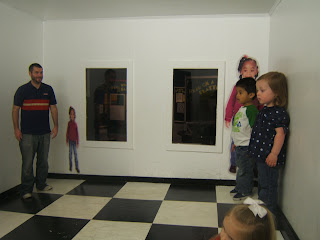 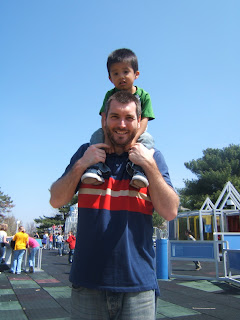 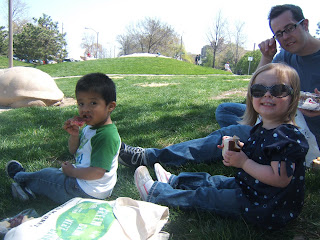 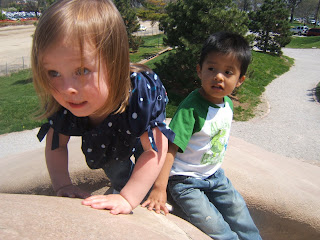 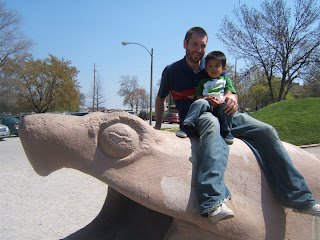 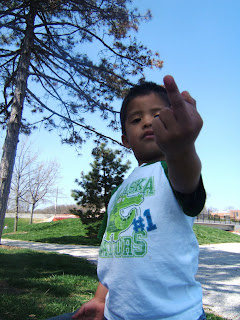 The inapprorpiate moment we didn't capture on camera: Elle lifting her shirt and saying, "Eliot, I have a surprise for you!" Turns out she just brought string cheese to the picnic. 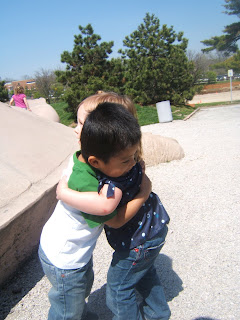 ...and a hug goodbye after a fun date.

that is so funny. eliot looks like a gangster with his serious face and flippin the camera the bird. sounds like dads doing a great job making memories!

very cute, russ. sounds like you guys are having fun ;).

I love this!!! Eliot and Elle are so freakin cute!!!