(I like to draw stories out. over several weeks. a good month or two past the date of occurance. It's all about building suspense. You're welcome.)


Sunday we woke up to blue-ish skies, not really blue but not raining, so it counts. That made a world of difference. I ran to the Bodegona for more phone minutes and a few snacks. The scuttlebutt (I wonder if scuttlebutt translates to Spanish?) around the store was the storm and all it's damage, including mudslides and flooded roads. We didn't have internet at the hotel since Saturday morning so had no way of really knowing what was going on.

While we were finalizing details for our Baylor church service, I ran into our housekeeper who told me she didn't get to go home because of the roads. I casually mentioned how it might not be the best of {bad} ideas to try to drive to another country if she couldn't even get to her house outside Antigua. Her eyes got very big, so either I said something really wrong in Spanish or the idea was as crazy as I thought it was.

Emergency meeting #426: to drive or to stay. No idea if we'd make it to San Salvador, no idea what flights would actually be left.

There are times when I'd like to grab a bag of fruit snacks and my tag blanket and stop being the adult.

Divide and conquer: Russ upstairs to host church, me back on ye ol' telefono. This time, straight to the Supervisor, my bestie. Out of nowhere, she had 9 spots open up on the flights for Monday morning. We had heard the airport may be opening Sunday afternoon but people had already canceled their flights, opening spots for us. This was unbelievable.

3 hours and a can of pringles later, I had everyone re-assigned to new flights (again)out of Guate City ranging from Monday afternoon to Friday morning.

Sunday night we had the opportunity to serve at a local school. Families that were displaced because of mudslides came to stay there until further notice. The school needed hands to help distribute dinner, so chipped in and then were able to play with the kids for a little while before returning to the hotel. Eliot had a very important job of handing out spoons. Every time we'd leave a room he'd yell, "Let's feed more people!" 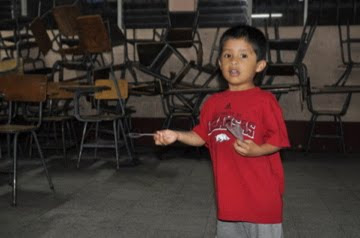 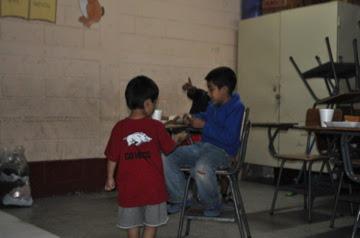 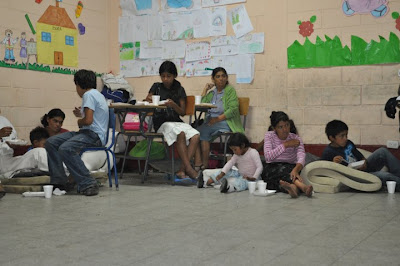 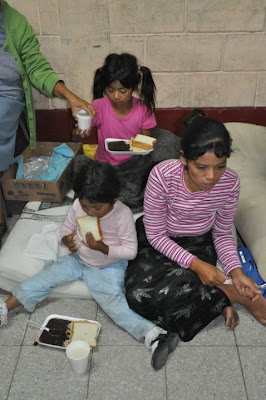 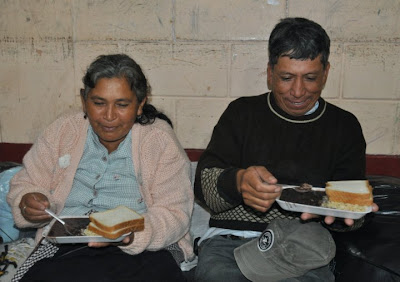 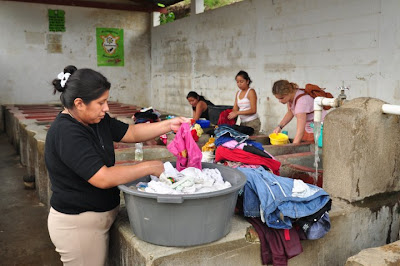 A pic taken a few days later of the clean up at a nearby town of debris from the mudslide: 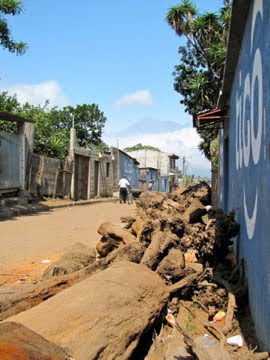 I have to add that our Baylor Church Service also consisted of Cheez-it/Grape Kool-aid Communion!!! CLASSIC thanks to RUSS MOHR!