I totally messed with a mom at the park.

Dez, Eliot and I were at the park in a fairly open space. Eliot was off playing and Dez was crawling around. I'm not really a helicopter-type-of-mom so I was giving Dez some space to explore. Another mom sat next to him on a curb to tie her son's shoe.

Dez was playing with a stick. The mom started looking around. (clearly for Dez's mother.)

She waited a minute. Then looked around the park again. A little more slowly.

Apparently Dez playing with a stick made her nervous so she asked him to give it to her. Once it was safely removed, she started looking around again, a bit more frantically this time.

She was starting to get a little panicky so I walked over.

"Is this your daughter?" she asked urgently. 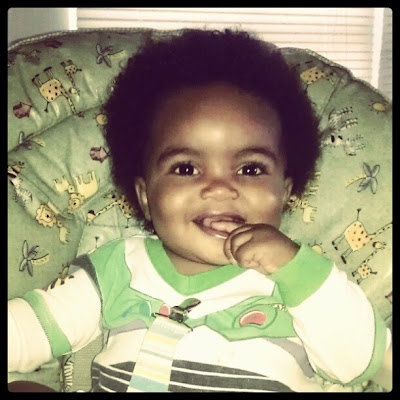 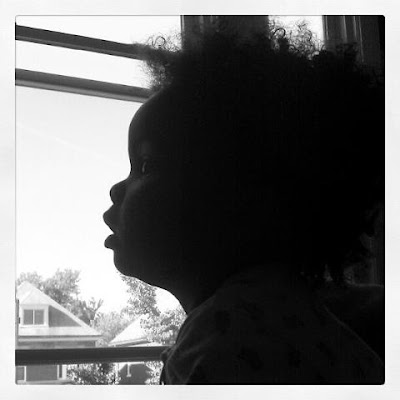 In answer to the most commonly asked question right now, No, we're not cutting his hair.

From the beginning, it was recommended to wait until he was at least a year old. That time is here now and it's not going anywhere. We're obsessed with the fro. We love it. We want it to grow bigger, actually.

So, get used to it. It's gonna be here for awhile. Embrace it.

(Not literally, he'll get mad and give you a dirty look.) 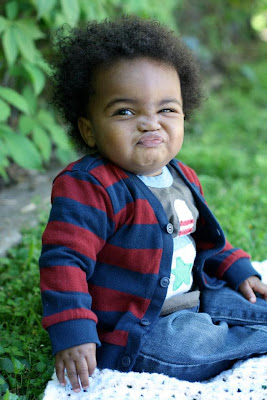 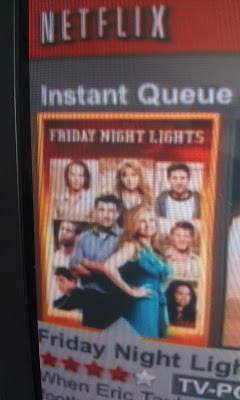