Greed by any other name would still CLING TO HIS TOYS. 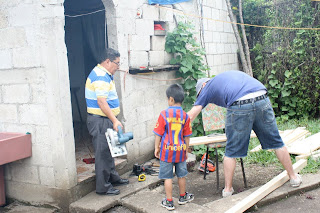 Last year while in Guatemala, our family (Russ) was asked to help build bunk beds for a family whose children attend the school we worked with. The day was also spent with a neighbor boy, a squishy cute 3 year old with whom Eliot shared his toys all day. Including a handful of matchbox cars. At the end of the day I asked Eliot if he wanted to give one of his cars to his new little friend. His reaction was to cling, CLING to his backpack full of toys as if it were his oxygen tank.

Startled by his reaction, I reminded him of the basketloads of cars waiting for him at home. It was no consolation. He could only see those within his grasp. As a mom, I didn't love seeing the 6 year old version of selfishness and/or materialism no matter how "developmentally appropriate" it was. At that moment it became clear that he'd learned sharing as a tolerance instead of as generosity.

Fast forward to a couple months ago. As Russ was designing Eliot's amazing birthday party invitations I had an idea, knowing we were headed to Guatemala the day after the party. I ran it by Eliot.

"Hey El, what if instead of your friends bringing you gifts (since you'll be getting plenty of gifts from your family), they bring new matchbox cars for you to give away in Guatemala?" He was *sort of* on board.

(Sidenote: we were inviting his whole class (plus more), of which is pretty diverse socio-economically. We were going to say "No gifts" in case the expectation to bring one would keep anyone away. This party would not have been a gift revenue source either way.) 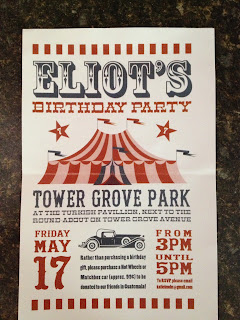 The invitations went out. The night before the party I asked Sandra (MIL) and Russ if they thought Eliot understood what was going to happen with the cars. The party came. We partied like it was 1999. The party ended. We gathered all the bags in the living room. We held our breath, waiting to see if there would be any tension as Eliot opened 116 brand new cars. 116 brand new cars. He'd never seen a collection that big or shiny ever. And they were all sitting in his living room.

After a lot of "Look at this one, guys!" and "Woah, red is my favorite color!" and of course, "Look at the spoiler on this one!" they were all opened and put into columns. 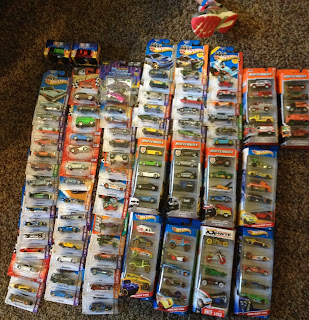 He looked them all over and said, "I can't wait for the Guatemalans to see these!"

When Russ asked, "Well Eliot, what do you think?" Eliot asked if he could maybe keep 2. Russ offered to buy two extra before the trip to replace the 2 he wanted and Eliot was content.

And then I wept. Again.

Eliot wheeled his small suitcase through the airport proudly, laughing at the xray machine showing an entire carry-on full of cars. The day came. We headed to Guatemala City and met with a new ministry. We brought out the two bags and told Eliot it was finally time. We started down one walkway and saw a few kids. Eliot carefully chose cars for them. One little girl paused, looked closely at her pink car. Her eyes widened, a smile broke out across her face and she took off running yelling, "MAMA!" Eliot looked at me and smiled.

It took about .4 seconds for word to spread through the neighborhood that someone was handing out cars. Sweet kids came from every doorway and every alley. Eliot happily passed out every single car and was disappointed when he ran out. 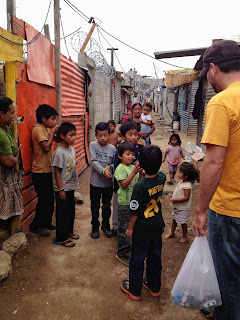 Did this whole experience teach him generosity like we'd hoped? We have no idea. Did he come home and immediately start giving everything away? No. In fact he had get used to sharing with a certain 2 year old again. But our hope is in the seeds planted.

We wanted him to feel it. To feel generous. To wish he had more to give away. To experience joy through sacrifice.

We have no idea what we're doing as parents the majority of the time. I've tried outsourcing the development of my kid's character but no dice. The problem is that "more is caught than taught" so while we work hard to provide experiences like this, it really comes back to what they're seeing is us on a regular basis. I've got some work to do.
Posted by Katie at 1:10 PM 3 comments: