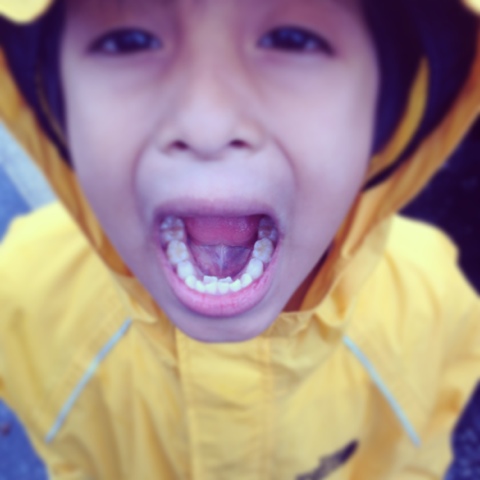 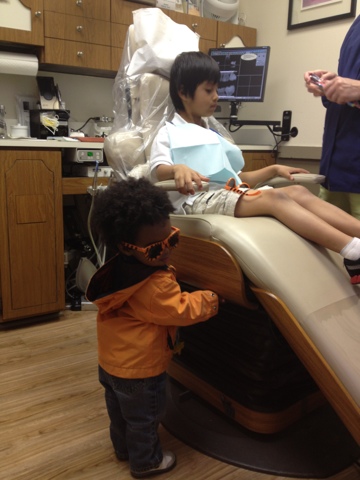 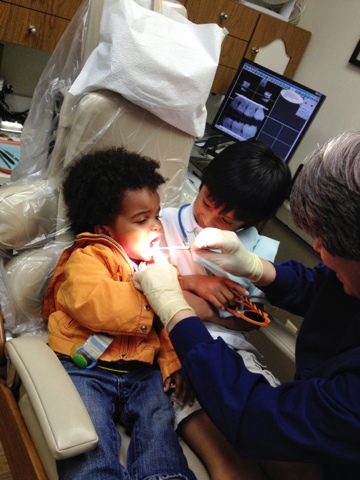 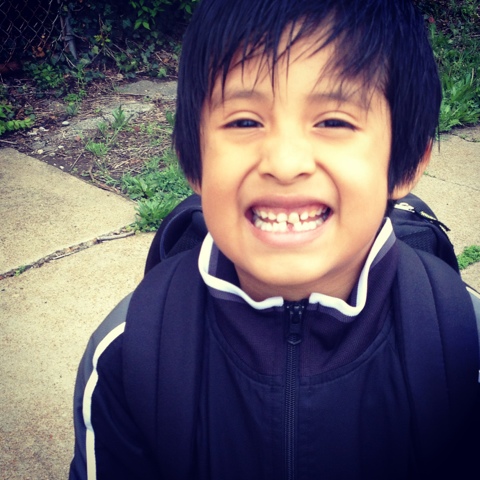 Samuel took a large stone and placed it between the towns of Mizpah and Jeshanah. He named it Ebenezer—"the stone of help"—for he said, "Up to this point the Lord has helped us!" —1 Samuel 7:12 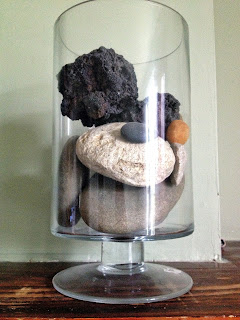 I don't know if people notice this when they come over. I don't think anyone has ever asked. I don't know what made us start it. Not sure where the idea came from, but we have an Ebenezer.

Each rock was picked up at a meaningful location to represent a meaningful time in our marriage/life. Together they sit in a vase on our mantle, a constant reminder of pivotal moments or seasons where the Lord brought us through something.

2003: Three large flat dark gray stones- from a five year anniversary trip to Seattle/Portland. Celebrating "we made it 5 years!" Two young immature selfish people managed life together for five years. Thanks to God.

2007: Large volcanic rock- From Guatemala. Celebrating the completion of Eliot's adoption and the ending of all the trials that came along with that.

2007: Two stones; one small shiny and sweet. The other rough and underwhelming.- In STL, we went through a Marriage Camp with our church. Leading the camp was Deb and all of her wisdom. She used a kids science toy Rock Tumbler as an illustration of what marriage does (or should do).

2008: Small, smooth dark gray-Cancun, Mexico. Ten year anniversary trip! We made it! Ten years! We still like each other!

2012: Another volcanic rock- from fifth Guatemalan mission trip. God proving over and over that He's always doing more than one thing at a time.

2013: Small, round orangey rock- From Augusta, GA spring break trip as a family. Celebrating a season of rest.


We have so much to be grateful for over the last 15 years. God is, and always has been, good.


Here I raise mine Ebenezer;
hither by thy help I'm come;
and I hope, by thy good pleasure,
safely to arrive at home.
Jesus sought me when a stranger,
wandering from the fold of God;
he, to rescue me from danger,
interposed his precious blood.

—Come, Thou Fount of Every Blessing
Posted by Katie at 10:20 AM 2 comments: 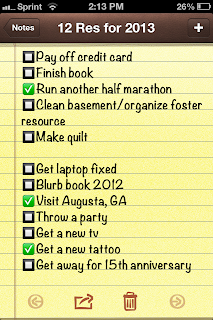 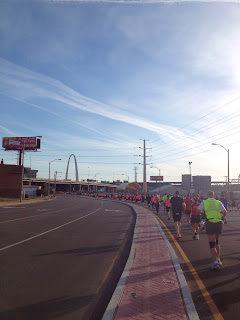 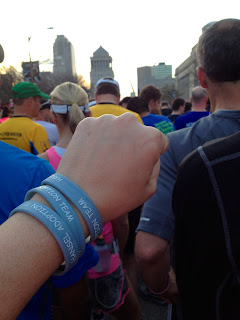 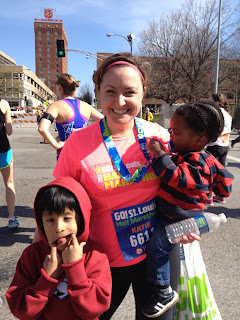 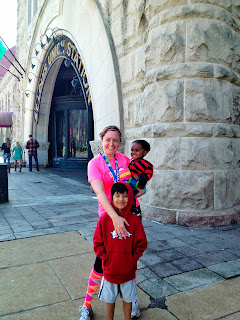 A huge thanks to all my pledgers! My team alone raised almost $250. Still waiting to hear about the other runners fundraising totals!
Posted by Katie at 12:56 PM 2 comments:

Its time. For real.

Remember this post? Well, the race is less than a week away. You have FIVE DAYS to get your pledge emailed to me. (You pay after the race.) Here's the details:

You have three options:

3. Pledge nothing but run it yourself on my "team" and gather pledges from your peeps.


Here's where your entertainment comes in:
If I collectively raise:


Contact me ASAP to join in the fun! katie l mohr @ g mail.


I hate to break it to you but we're only committed up to silly socks...(I'm only counting my pledges, not anyone on my team...)

I'm also selling these sweet little numbers at $10/each. Every penny you send me for the race or the bracelets GOES TO THE HANSELS ADOPTION! 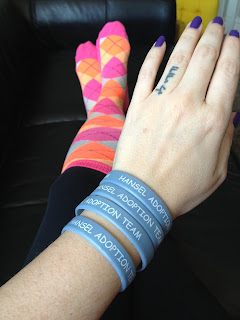